The diverse county of Wiltshire stretches from Malmesbury in the north, through Bradford on Avon to the west and all the way down to Salisbury and its magnificent cathedral in the south. There's plenty to explore from lively market towns and stately homes to beautiful open scenery and gardens. If you are staying in a Wiltshire holiday cottage or self-catering in Wiltshire why not take the opportunity to explore this beautiful county.

Now's your chance to visit the set if you're staying in Wiltshire. The pretty village of Lacock was used as a TV and film location for Pride and Prejudice, Cranford and Wolfman. The picturesque village has many lime-washed, half-timbered stone houses and cottages which date from the 13th century. Lacock played the village of Meryton in the BBC's adaptation of Pride and Prejudice. Here the Bennet girls, Lydia and Kitty, shopped for bonnets, sought the latest gossip from their Aunt Philips and hoped to attract the attentions of the local officers.

Lacock Abbey is in the heart of the village. The atmospheric monastic rooms include medieval cloisters, a sacristy and chapter house and have survived largely intact. The elegant 16th century stable courtyard also houses a clockhouse, a brewery and a bakehouse. Parts of the Abbey have featured in two Harry Potter films plus the recent The Other Boleyn Girl. Families can also enjoy the Moon Rabbit Trail and the Fox Talbot (photographic) Museum during a visit to Lacock.

The Kennet & Avon Canal crosses the country from Reading in the east to Bristol in the west, linking the Thames and the Bristol Channel. It passes through towns and villages such as Bedwyn and Bradford-on-Avon and close to Devizes. The canal provides some wonderful opportunities for exploring the beautiful Wiltshire countryside by boat either on a narrowboat holiday or hiring a boat for a gentle day trip if you are self-catering nearby.

The locks, aqueducts and landscapes of the Kennet & Avon canal offer excellent places to visit with a level towpath to walk and cycle whilst enjoying the scenery. Also, well worth seeing is a magnificent flight of 29 locks near Devizes including the 16 Caen Hill Locks, all packed into just over two miles. Boaters and walkers alike can recover from the exertions of climbing the flight at the Caen Hill Cafe, situated at the top of the locks. Water voles, badgers, bats and rare water plants have all colonised this pretty stretch of the Kennet & Avon Canal and there are many species of dragonfly in the area.

There are many attractions to keep you busy if you are staying in a holiday cottage in Wiltshire, of which the most famous is Stonehenge, an impressive prehistoric monument surrounded by ancient earthworks and burial mounds. Stonehenge is a World Heritage Site of unique importance and is well worth a visit as it is an extraordinary part of the Neolithic landscape in Wiltshire. If you are self-catering in Wiltshire in June there is managed open access to Stonehenge during the summer solstice.

The slightly less well known, but extremely atmospheric, stone circles at Avebury cover a large area not far from the mysterious 130ft mound known as Silbury Hill. Avebury has been voted one of the top five most spiritual places in the country and both the village and the stone circles are free to visit. There is a full events programme at Avebury for families plus seasonal activities, archaeology week, craft workshops, talks and tours, art exhibitions and lectures.

"As from the Dorset shore I travell'd home, I saw the charger of the Wiltshire wold; A far-seen figure, stately to behold, Whose groom the shepherd is, the hoe his comb." CHARLES TENNYSON TURNER (1808-1879)

A stay in a Wiltshire cottage wouldn't be complete without having spotted at least one white horse in the area. The Wilshire white horses are chalk figures cut into hillsides across the county. Eight white horses are visible today but it is though that there may have originally been 12 or more in total. The most recent horse was cut into the hill above Devizes to celebrate the second Millennium and is called the Devizes Millennium Horse. It was completed on 29th September 1999. Five of the horses are close to one another within a five mile radius of Avebury which lies in the very centre of the Wiltshire Downs.

The best known of the eight white horses that can now be seen in Wiltshire, the Westbury White Horse can be seen for miles around, and is a familiar landmark. The Westbury white horse is believe to have been the oldest in the county, cut in 878AD and perhaps commissioned by King Alfred. The original Westbury white horse is said to have been very different in appearance to the horse that appears there today, being short legged with a long heavy body, wearing a saddle and with an upward pointing tail. The current horse was redesigned in 1778 and has been restored several times since then. The Westbury white horse measures 182 ft by 108 ft and can clearly be seen from the B3098 Westbury to Lavington road where there is a car park with viewing point.

Malmesbury is known as the 'Queen of Hilltop Towns' being England's oldest borough with a rich history spanning more than a thousand years. The Old Courthouse at Malmesbury recently featured in the BBC drama Lark Rise to Candleford. Set on a hill overlooking the River Avon, the skyline is dominated by the imposing Norman/Romanesque Abbey, now the parish church. St Aldhelm founded a monastery here in the 7th century which became a place of pilgrimage and learning and, in the 10th Century, King Athelstan (c 895-940) first King of all England, made Malmesbury his capital. If you are enjoying a self-catering holiday in Wiltshire, Malmesbury is an interesting day out.

Eilmer of Malmesbury was an 11th century English Benedictine monk best known for his early attempt at flight using mechanical wings. In 1010 Eilmer fixed wings to his hands and feet and launched himself from the top of a tower at Malmesbury Abbey. He glided for about 200 yards before landing and breaking both his legs. Crippled for life but undeterred, Eilmer believed that he could make a more controlled landing if his glider was equipped with a tail. He was preparing for a second flight when the Abbot of Malmesbury Abbey forbade him from risking his life with any further experiments. Other than an account of the flight, written by a fellow monk, William, nothing has survived of Eilmer's lifetime work as a monk.

Abbey House Gardens in Malmesbury is a romantic and atmospheric five acre garden created by Ian & Barbara Pollard (The Naked Gardeners of television fame although they do dress for visitors). The formal gardens have fine lawns, huge herbaceous borders, a Celtic cross knot garden and over 2000 different roses (Wiltshire's largest private collection) under-planted with 100,000 tulips, crocus and iris, truly breathtaking in spring and summer. A sunken circular herb garden sits inside an arcade of fruit trees while the sloping pathways descend to fernery ponds and a waterfall in the river gardens where hellebores, heathers and hydrangeas flourish amid specimen trees and shrubs offering fabulous autumn colour.

Local food and drink specialities from Wiltshire include ham, cider, beer, wine and apple juice. There are several popular farmers markets in the county plus many superb cafes and restaurants, vineyards and breweries to keep you busy if you are enjoying a cottage holiday in Wiltshire.

If you fancy finding out a little more about the process of brewing beer you could visit the Wadworth Brewery in Devizes where you can discover the history and heritage of this famous Wiltshire beer and find out more about how it is made. Wadworth also carries on the local tradition of delivering their beers and ales to local inns and hostelries using shire horses. The stables are open several days a week to visitors. The company also has a cooper (one of only four left in the UK) and an in-house sign writing team producing impressive hand painted pub signs. Wadworth beers are available for visitors to sample in the on-site bar, with soft drinks and coffee for the under 18s and non beer-drinkers!

During your visit to Wiltshire look out for the Wiltshire Breakfast and Wiltshire Food and Drink Award award signs. This initiative, renewed annually, recognises and rewards high quality service from providers using local produce. One such the local business is the Tollgate Inn, not far from the Georgian market town of Bradford on Avon with its river, canal and interesting shops. The food at the Tollgate is Modern English with a Mediterranean feel and the Tollgate was described by Michael Winner in The Sunday Times as a 'quintessential English country inn'.

With thanks to Visit Wiltshire for supplying us with some of the information on places of interest and things to do in Wiltshire. Their website contains lots more information on accommodation, events and places to visit.

If you have any ideas for inclusion in future Regional Features, which are listed on our Cottage Holiday Advice page, then please get in touch. We'd like to hear about less well known places that people who are self-catering or staying in a holiday cottage in one of the UK regions, might be interested to visit. 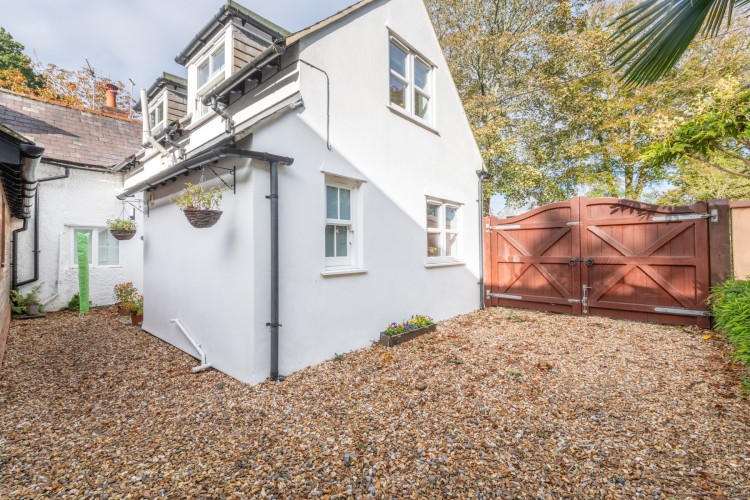 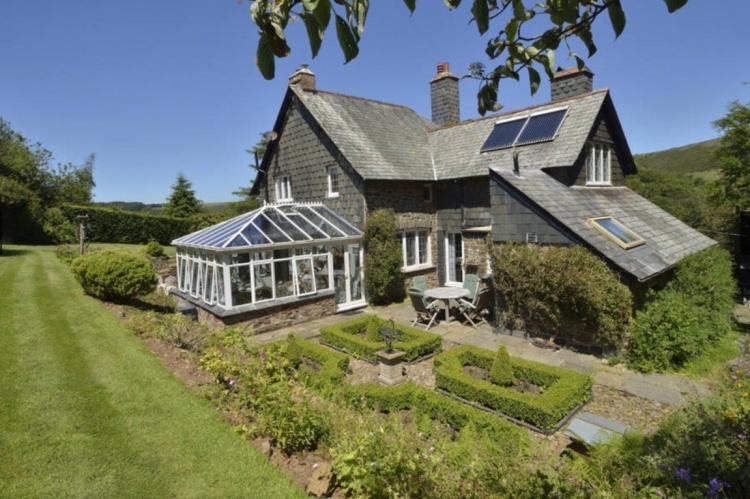 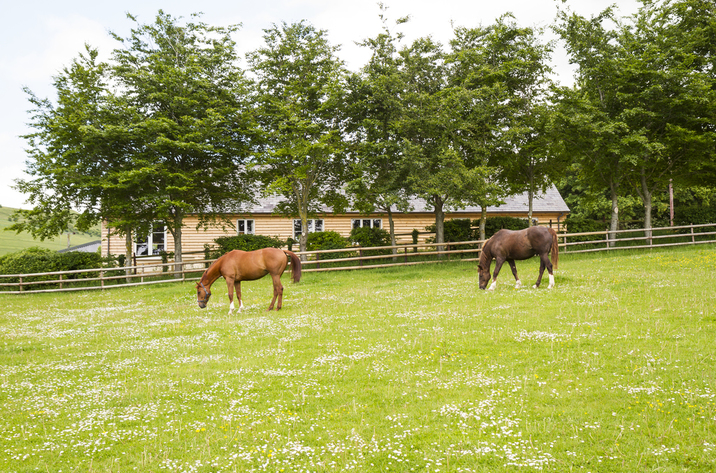 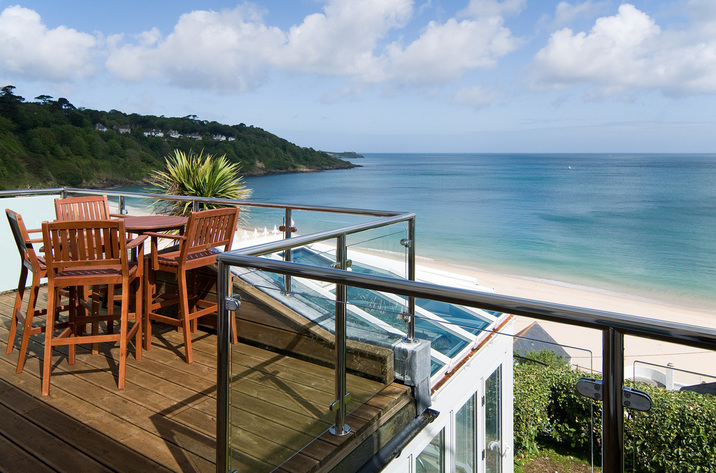 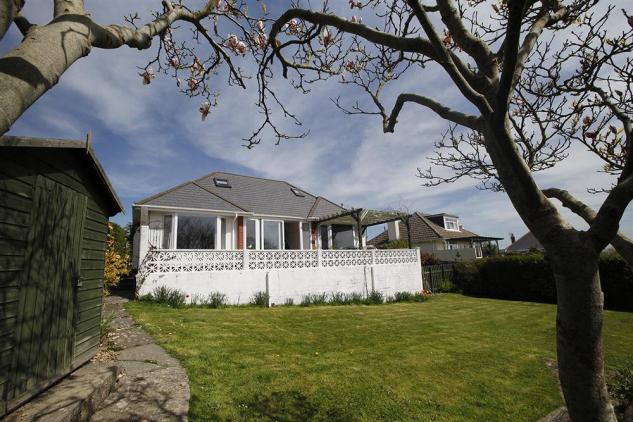 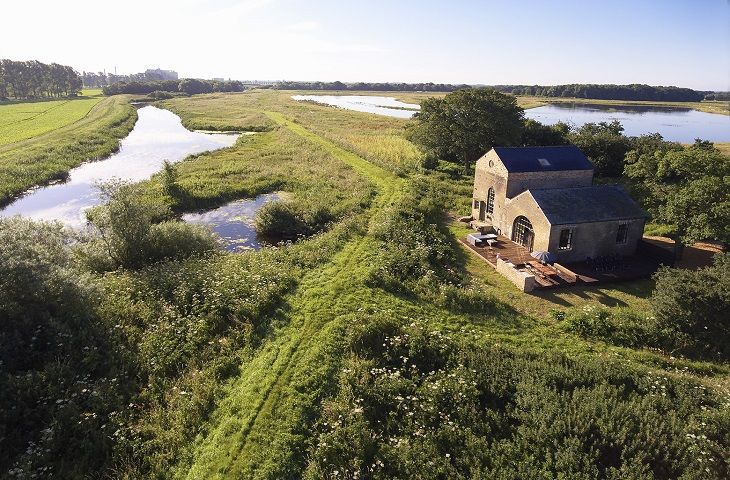 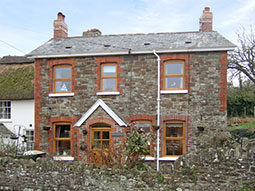 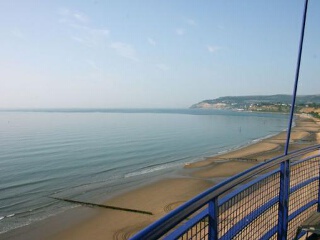